Moving can be liberating, offering you a chance for new opportunities. We look at the cost of living, graduation rates of schools in the area if kids are involved, and just the all-around aura of a place. Each year, we get a new list of the best cities we should consider moving to, but are they welcoming to people of color?

Money Magazine released a list of 50 best places to live this year. At first glance, the list is intriguing because many are unheard of, making you wonder how they made on the list in the first place. First up is Frisco, Texas. The small northern Texas town made the list because of its vast growth, impressive graduation rate and Fortune 500 companies like Oracle and T-Mobile in the area.

That’s great and all but what about the social scene? The Dallas suburb struggles in that category, as the black population still struggles with being stereotyped. “People assume you’re athletic, you can rap and sometimes they expect you to be loud and aggressive,” Frisco resident Benedict Oghoro said. The black population in Frisco is only 8 percent out of a total of 145,646 people.

RELATED: This Is The Worlds Most Touristy City

Charlotte realtor Jeffrey Clay says that a lot of these lists aren’t geared towards the black community or urban communities. “Unless you are reading a list that was written by an African-American and addressed specifically to other African-Americans,” Clay told TN. Sometimes, those lists are even more flawed. Earlier this year, Forbes wrote an article called “The Cities Where African-American Are Doing The Best Economically 2018” and every city was located in the south.

While history proves the African-American population is much higher in the south, socially and politically, it’s not the best place for people of color. Other cities on MONEY’s list are Overland Park, Kansas, Doral, Florida and Sandy, Utah. The black population is only close to five percent in Overland, close to three percent in Doral and in Sandy, a little over one percent.

RELATED: The Best U.S. Cities For An Amazing Staycation

That’s a big problem for black people looking for a positive experience in a new city. In the last year, reports from the Salt Lake City branch of the NAACP show a rise in racially-charged hate messages and slurs. There’s also a rise in verbal, racist abuse in public places.

While these lists may be helpful to some, there are other things to look for when trying to move. Things like the number of black-owned businesses or black churches in the area are some key things to consider. “Everyone is different though,” Clay says. “It isn’t hard to view city demographics before a move to see what they look like to determine if its something you’re comfortable with.” 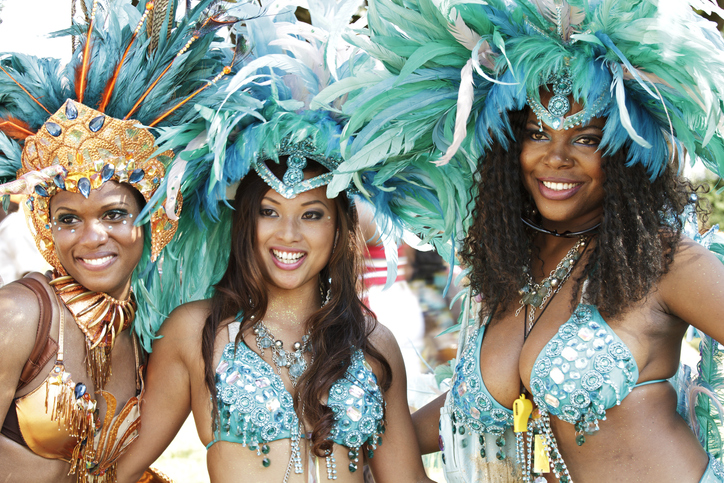 For the past 52 years, travelers from all over have made their way to Toronto to participate in Caribana– Toronto’s Caribbean Carnival celebration. After weeks of monitoring the news surrounding COVID-19, festival organizers have decided it was best to cancel this year’s gathering. The month-long festival usually begins in July and runs into August. This […] Georgia Restaurant Owner Takes Down Over $3,000 Worth Of Dollar Bill Decor To Give To Unemployed Staff

The Sand Bar is a restaurant located in Tybee Island, Georgia and was once a business bustling with patrons. Since the coronavirus pandemic hit, the restaurant is so quiet you can hear a pin drop and its completely empty.  Tybee Island is a beach town with a population of around 3,000 and their economy strives […]

As stay-at-home orders resume and travel remains limited to essential workers, industries across the country are feeling the financial impact. And it comes to no surprise that the travel industry is taking the hardest hit. A recent study shows that more than half of Americans have either canceled or postponed upcoming travel plans due to the […]