50 in 50: Museums That Capture Black History Across America

If you’re looking for a place to explore black history, we have compiled a list of museums, trails, and tours that will allow you to learn more about Black American history in every state:

The Legacy Museum:  Located in Montgomery on the site of a former warehouse where black people were enslaved, this museum will allow visitors to draw the connections between America’s history of slavery and racial inequalities in the present day.

At the University of Alaska Anchorage, in the Consortium Library, you find records, papers, and books to explore African-American history in Alaska.

The George Washington Carver Museum explores how African-Americans shaped the history in Phoenix.

Billed as the first African-American museum of art, history, and culture fully supported by a state, the California African American Museum in Los Angeles was founded in 1977. Located in Denver, the Black American West Museum & Heritage Center is dedicated to exploring the contributions of African-Americans in the Old West.

Sarah Harris was accepted as the first black student at what was previously known as a private academy for white families in the Canterbury area. The school re-opened in 1833 as one exclusively for “young ladies and little misses of color.”

Explore the school’s history at the Prudence Crandall Museum in Canterbury.

University of Delaware’s Library in Newark has archives, special collections and museums, that showcase black history throughout the region.

The African American Arts Museum in DeLand contains a display of art and over 150 African-related artifacts.

Located in Macon, the Tubman Museum is the largest museum in the nation dedicated to educating people about the art, history and culture of African-Americans, according to its website.

In February 2018, the board of directors re-positioned the organization’s name to “Obama Hawaiian Africana Museum” to honor the birthplace of the first African American U.S. President’s legacy.

In addition, book a tour with a cultural historian for a black history tour on the island of Oahu.

The Idaho Black History Museum in Boise features community outreach programs that aim to build bridges between all cultures. Located in Fort Wayne, the African-American Historical Museum houses the city’s largest collection of African art. Keep in mind that tours are by appointment only.

Iowa’s African-American Museum in Cedar Rapids was founded by members of the Mt. Zion Missionary Baptist Church in 1993. The Endless Possibilities exhibit traces African American History in Iowa and beyond.

What you will find at the Muhammad Ali Center in Lexington is a cultural center that is inspired by the story of Muhammad Ali’s life.

Located in Treme, the oldest surviving black community in the United States, the New Orleans African American Museum is dedicated to promoting the history, art, and communities of African-Americans in New Orleans and the African diaspora, according to its website.

Instead of a museum, you will have to walk Portland’s Freedom Trail to learn the history of African-Americans in Maine. The self-guided trail takes you to sites where the African-American community lived and worked and guided the anti-slavery movement.

Located on the land where Harriet Tubman lived, the Tubman Visitor Center in Church Creek features 10,000 square feet of engaging, enlightening multimedia exhibits about her life. The Abiel Smith School in Boston was known as the first public school in America for African-American children.

Founded by Khalid el-Hakim, the Black History 101 Mobile Museum in Detroit boasts a collection of over 7,000 artifacts from slavery to hip-hop culture.

In some African countries, the term “griot” refers to a highly respected member of the community who collects, preserves and shares the stories, objects, and cultural traditions of the community.

In addition to its permanent collection, The Griot Museum in St. Louis hosts local and national traveling arts and humanities exhibits.

Although African-Americans have never accounted for more than one percent of the state’s population, they have been here since the earliest days of the Euro-American presence and contributed greatly to Montana’s culture, economy and religious life, according to the Montana Historical Society.

You can find out more at the Montana Historical Center in Helena.

The Great Plains Black History Museum in Omaha serves as an educational resource to celebrate the contributions that African-Americans have made in in the Great Plains.

During your next visit to Las Vegas, head to the Walker African-American Museum & Research Center where you can explore black history from a local’s perspective.

With distinctive bronze plaques that identify the community from its colonial-era African Burying Ground to the modern Civil Rights Movement, the Portsmouth Black Heritage Trail honors those who were forgotten.

Located on the second floor of the Greenville Branch of the Jersey City Free Public Library, the Afro-American Historical and Cultural Society Museum houses galleries for lectures, special exhibits, and a permanent collection of material culture of New Jersey’s African-Americans as well as African artifacts.

From workshops, literature, and educational programs, hear from experts about black culture in New Mexico at the African American Museum and Cultural Center in Albuquerque.

Located in Manhattan, the Malcolm X and Dr. Betty Shabazz Memorial and Educational Center is dedicated to both Malcolm X and his wife, Dr. Shabazz.

North Dakota’s Heritage Center and State Museum in Bismark is where you will find how African-Americans contributed to the northern part of the country.

The African American Museum of Cleveland, founded in 1953 by Icabod Flewellen, is the first independent African-American museum in the Americas, according to the museum’s website.

The Oklahoma Black Museum and Performing Arts Center in Oklahoma City advances knowledge of the arts, primarily by and about African-Americans.

Located in Portland, the Interstate Firehouse Cultural Center features art exhibits, dance and performances. Managed by the City of Portland, the center contains a theater and art gallery that will allow you to explore black history. Stages of Freedom aims to build community by creating and providing programming about Black Rhode Island life and culture.

The Clemson Area African American Museum is a cultural center to document the accomplishments of African-Americans around the Clemson area.

The National Museum of African American Music is set to open its doors in 2019 and will be the only museum dedicated to preserving the legacy and celebrating the accomplishments of the many music genres created, influenced, or inspired by African-Americans.

African-Americans have fought in military conflicts since colonial days. However, the Buffalo Soldiers, comprised of former slaves, freemen and Black Civil War soldiers, were the first to serve during peacetime. Explore their history at the Buffalo Soldiers Museumin Houston.

A newly-formed non-profit organization, Melanite Historia, has begun work on an African American History Museum that’s set to open in September of 2019.

The Vermont African American Heritage Trail shares the stories of African-Americans who have made Vermont their home since the time of the Revolutionary War.

The Northwest African American Museum serves to present and preserve the connections between the Pacific Northwest and people of African descent and investigate and celebrate Black experiences in America through exhibitions, programs and events.

The National Museum of African American History and Culture features 12 exhibitions focus on broad themes of history, culture and community.

The West Virginia Center for African-American Art and Culture in Charleston features art, people, and places of impact contributed by African Americans.

America’s Black Holocaust Museum, located in Milwaukee, Wisconsin, was a memorial dedicated to the victims of the Black Holocaust. Founded in 1988 by James Cameron, the United States’ only known survivor of a lynching.

The best way to explore black culture in Wyoming is through the National Historic Trails Interpretive Center in Casper.  Staff will change the exhibits to honor African-Americans in Wyoming. 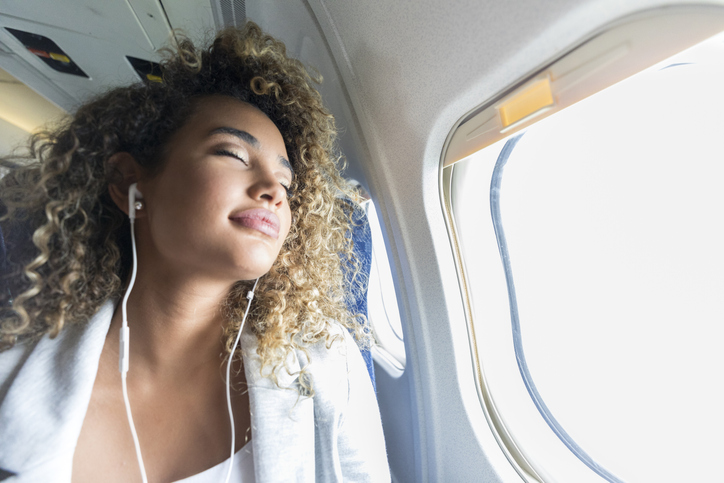