5 Reasons to Skip Paris and Head to Montreal

Why would I compare the two? Well, when one thinks of Paris, they often think of the romance of the city, the great food and the beautiful, French architecture. What many don’t know is that Montreal has many of the same attributes due to the city’s French history, just with its own Québécois twist.

Here are five reasons why you should skip Paris and visit Montreal instead:

Old Montreal Feels Like Europe
One of the things I love about Europe and Paris, in particular, is the architecture and general ambiance. The quaint storefronts and cobblestone streets make you feel as though you have stepped back in time. Wandering around Old Montreal elicits many of the same feelings.

With buildings dating back to the 17th century, this historic district beautifully captures the same atmospheric charm of Europe. This area is also home to the most stunning cathedral I have ever seen, the Notre-Dame Basilica. It’s one of the most impressive churches in the world and a great example of what makes Old Montreal so special. 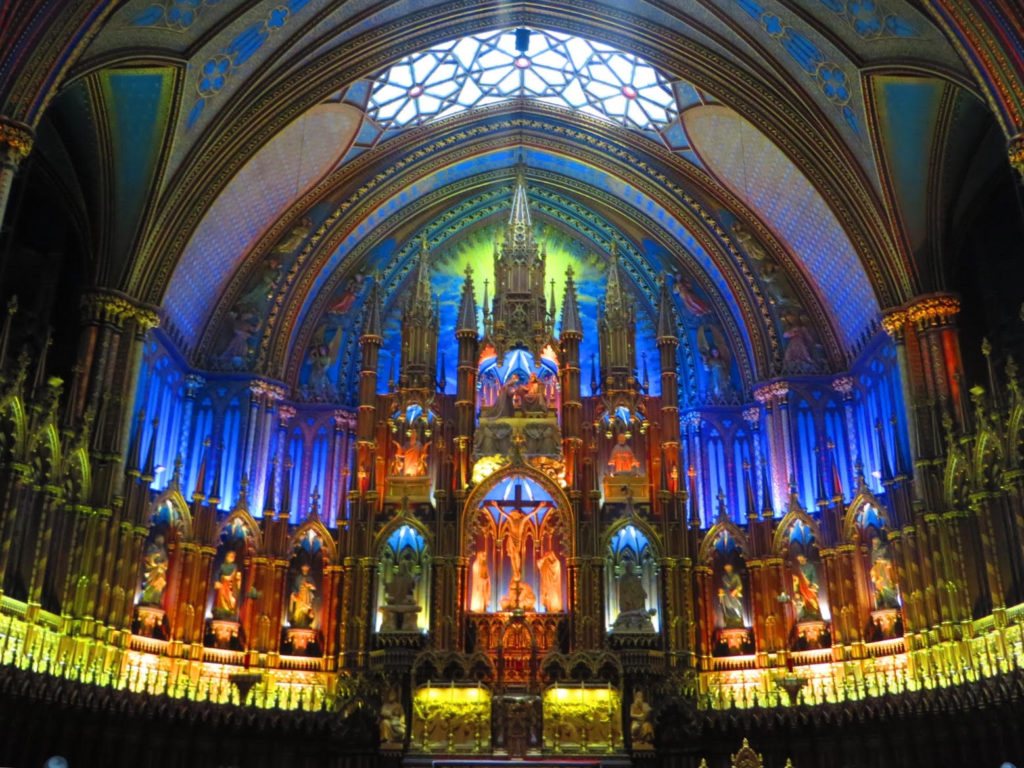 You Can Still Practice Your French
Walking around Montreal, it’s easy to forget you’re in North America. The French language is everywhere! From the street signs to the television shows to the people you interact with, French is the primary language used in Montreal and the province of Quebec. This makes Montreal the perfect place to practice your French.

For those who don’t speak French, rest assured it’s still very easy to get around in Montreal. Many locals speak both French and English and are happy to switch from one to the other. Also, many of the city’s attractions feature descriptions in both English and French. The Food is Equally Amazing
When people think of Parisian food, they often think of baguettes, copious amounts of cheese, crepes and French pastries. The great thing about Montreal is that it has all of this and more. The city is home to plenty of amazing bakeries, such as the well-known cafe Olive & Gourmando and the delicious boulangerie Mamie Clafoutis.

There are also tons, and I mean tons, of French restaurants throughout Montreal. What makes this city’s food scene unique is the way local chefs put their own interpretation on French cuisine and, in many cases, blend it with their Canadian roots. The result is a lot of amazing restaurants and food that is unlike anything you will find in Paris. Montreal Celebrates Its Diversity
Montreal is an extremely diverse city with a fascinating background that makes it an overall welcoming place. One example is the increasingly popular Little Burgundy neighborhood, which honors its prohibition-era jazz roots with artistic murals on the walls. The main street, Rue Notre-Dame, brings everyone together from the surrounding areas as they enjoy one of the street’s many restaurants and shops.

The city also hosts numerous festivals throughout the year celebrating its diversity. Nuits d’Afrique, Weekends du Monde and Carifiesta are just a few examples of the ways in which Montreal embraces the many cultures that make up the city. It’s a great place for people of various ethnicities, religions and sexual orientations. It’s Much More Affordable
For many, the European dream remains just that due to the cost of flying to Europe. Plus, once you get there you have to pay for everything in euros. Enter Montreal, the much more affordable but equally amazing alternative. While the American dollar is currently holding up well against the euro, it is doing even better against the Canadian dollar.

With the current exchange rate being roughly $1 USD to $1.30 CAD, that means your money goes much further in Canada than in Europe. Spending 10 euros in Paris is the equivalent of spending about $11 USD, but spending $10 CAD in Montreal equates to less than $8 USD. That means you will have a much more budget-friendly vacation in Canada than in Europe, while still having a great time. The next time you’re thinking of booking a flight to Paris, head to Montreal instead. You won’t be disappointed. This experience was sponsored by Tourism Montreal and Tourism Quebec. Have You Visited The Best Destinations For Black Travelers In 2019 Yet?

2019 is pushing right along and before you know it, we’ll be celebrating a new year. Now that we’re halfway through, it’s a great time to assess those travel goals you made at the beginning of the year. Black travelers spent more than $63 billion in tourism last year, and analysts are anticipating an increase […]