They say home is where the heart is. And if that’s the case, I’ve left my heart scattered in multiple places throughout the globe. There is one city, however, that will forever have my heart, and that is Washington D.C.

Home to the First Family, iconic monuments, dozens of museums and historic sites that bear tribute to both the beauty and the horror of years past, there’s nothing short of things to do in Washington D.C. And though I’ve been to D.C. over 100 times, and once lived there for almost a decade, I can confidently say, one cannot get sick of spending time in the nation’s capital.

Let me give some background on my love affair with Washington D.C. It all started in 2005. I first stepped foot on a bus with my bags packed 10 years ago, headed to Washington D.C. (with a final stop in Maryland) to begin college. A lot happened in the 10 years since then: college graduation, law school graduation, 40+ countries, career changes and more.

So to mark this “anniversary” of sorts, where else better to go when I need to be refilled – both personally and spiritually, than home? I would have the opportunity to go back to my alma mater (University of Maryland, College Park), reconnect with friends and loved ones, visit my church home, and also give back to the community that had given back to me time and time again.

However, this time would be different. There would be no hotels and no sleeping on friends’ couches. This time around I had perfectly planned my weekend and I wanted to stay at an Airbnb. What better way to visit my home away from home, then to actually be welcomed into someone else’s during my time in the city?

I anxiously searched for weeks, because I needed to find just the right place, positioned between both my university, as well as the city itself. When I saw the listing for a stylish studio in NE, Washington D.C., perfectly straddling the line between both of my weekend destinations, I knew that it was just the right place. Just minutes away from the metro station and a quick 10 minute drive from the border of Washington D.C., I’d be able to go back and forth, with no hassle at all.

I’d gotten into Union Station later in the evening by train, and took a 5-minute cab over to the apartment. Though out of town, my host left very specific instructions on how I’d be able to get inside the apartment and what to do once there. I walked through the doors of the intimate, yet modern retreat, and instantly knew I’d made the right decision. “Hello Washington D.C.,” I thought to myself. “I’m home.” There were handy maps right by the door, a welcome letter with detailed instructions that offered lots of helpful suggestions for places to eat and things to do, and lots and lots of snacks (thanks to Halloween).

Kim, my host, as well as name twin, also left a parking pass for me, since I’d be navigating through the city in my roomy Denali. The apartment had ample parking so I was able to park each day and night with ease, despite the size of the SUV. 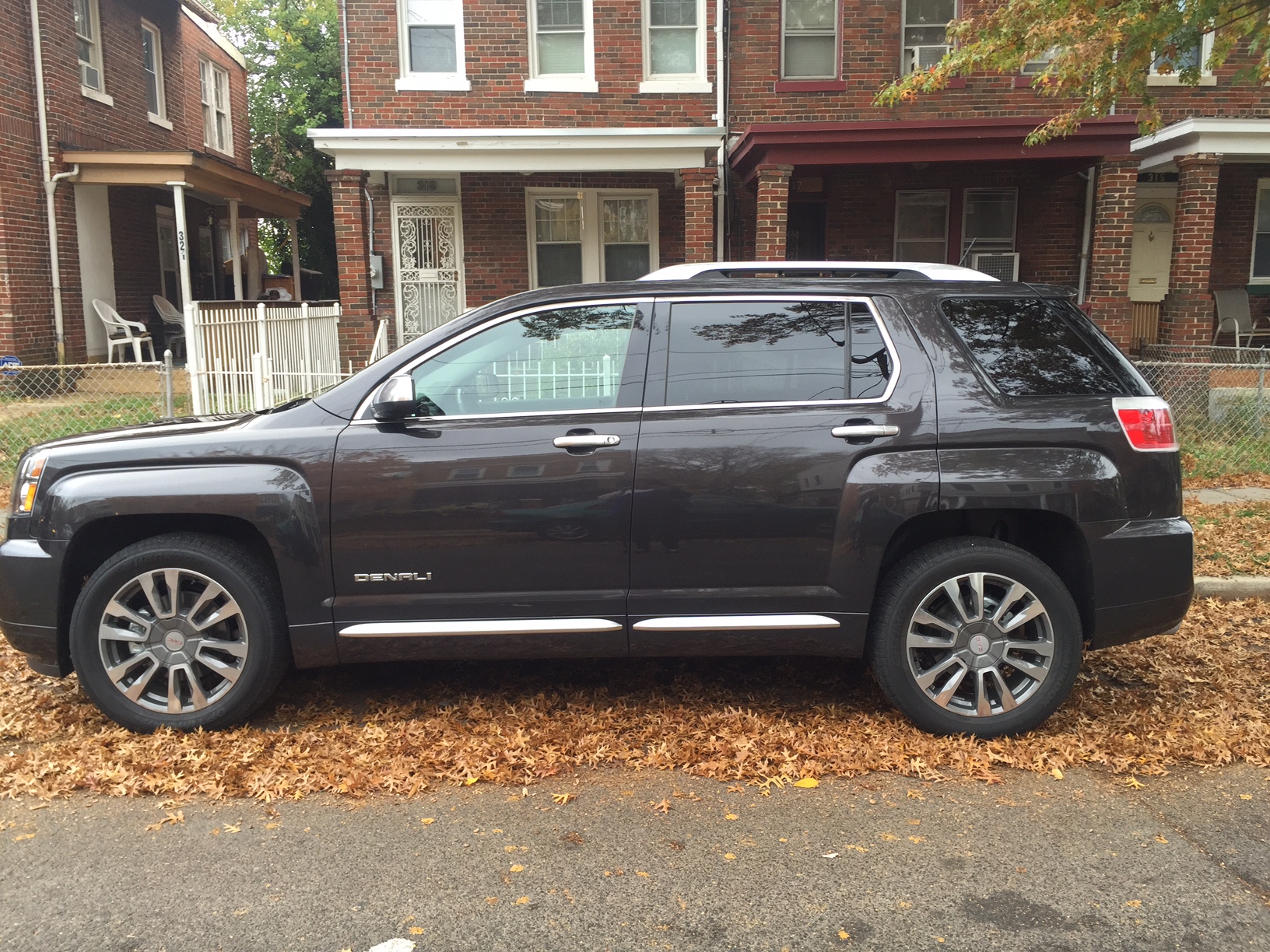 I spent my first morning in Washington D.C. catching up with a long-time friend over the most important meal of the day: brunch. We went to a city staple, and also one of my favorite restaurants, Busboys and Poets. Over creole shrimp and grits, and blackened catfish, we reunited over our careers, travel, personal/professional goals, dating and everything under the sun. Sometimes it just feels good to have a good meal, with an old friend, in the city that you once called home. In addition to the food, there are numerous other reasons to love Busboys and Poets.

Nestled in the heart of the ever so popular U street corridor, this area has become the center of D.C. nightlife. Good luck finding a parking spot on a Friday or Saturday night. It’s also notably known as the birthplace of Duke Ellington and former host of such jazz greats as Dizzy Gillespie and Miles Davis. The neighborhood today boasts an ever-increasing number of clubs and restaurants, not to mention boutiques and art galleries. After brunch, I ditched the city, to finally “hit the yard” at the University of Maryland’s campus. Dressed to the nines in my sorority’s letters and paraphernalia, I’d be returning to the school that helped groom me into the woman that I am today.

In a word, it was heartwarming. I hadn’t returned to my alma mater and many years, and as I drove up campus to the commemorative “M” traffic circle, which welcomes you once you drive onto campus, I knew I’d made the right decision to come back this year. I was greeted by old friends, colleagues, greek brothers/sisters, and hundreds of blurred, beaming faces that represented the next generation of Terps. It was equivalent to going back home to your family reunion. Later that night, I wanted to indulge in a bit of DC nightlife, and also decompress from the busy day I’d had, so I hopped in my car, and headed back downtown to the W Washington D.C. hotel, to kick back and enjoy a rooftop sunset cocktail while overlooking the White House lawn.

You can’t come to DC without a trip to the National Mall, where you’re able to see everything from the White House to the Lincoln Memorial to the MLK monument, so I knew I had to squeeze in some time, if only for a few minutes. Since it was nice the following morning, I met with a friend “Olivia Pope” style, to sit, people watch, and play catch up. Unfortunately, the cherry blossoms weren’t in full bloom. They typically peak in late March and early April and the trees are so beautiful that you’ll have no choice but to pause among them and enjoy the fragrant scene. 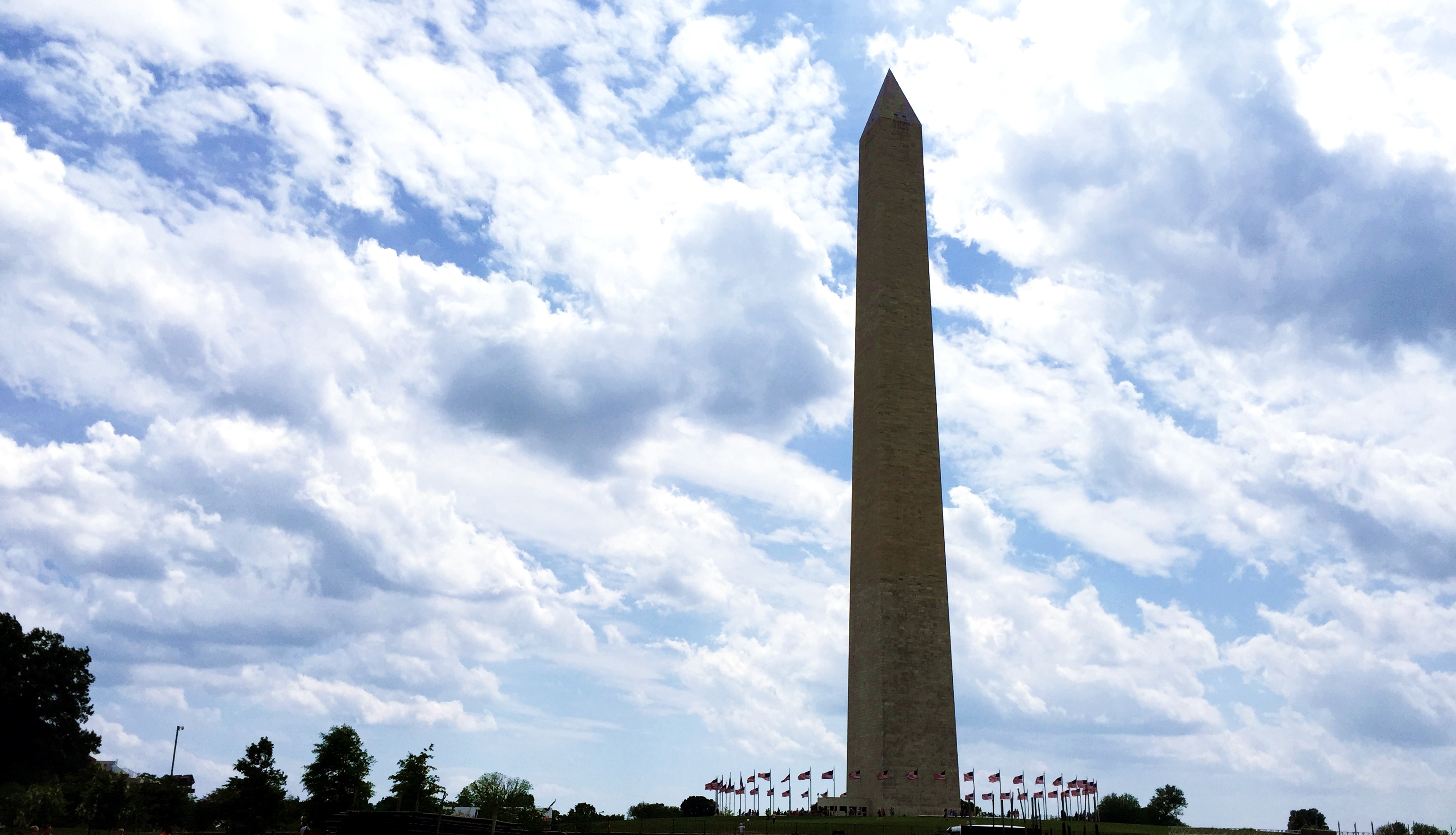 Now was time to hit some museums. With all the options (many of which are free), it’s easy to become overwhelmed. The city boasts 11 of the 19 Smithsonian Museums, including the National Air and Space Museum, Museum of National History, National Museum of American History and so many more. And since I had just a little time to spare, I knew I had to plan accordingly. I ultimately chose the International Spy Museum, since I had never been before. This museum features the most international espionage artifacts ever placed on public display, so I knew it would make for a fun afternoon.

After a day of exploration, I concluded at The Fab Empire’s (a popular DC blog) fundraising event, an annual outwear drive to benefit the homeless. The event was located at the Gryphon, which serves brunch until 4pm on Sundays. It was time to eat and celebrate a good cause! Once I arrived, I enjoyed a delicious meal with friends who were also committed to improving the lives of those in D.C. The clothes would be donated to Martha’s Table in D.C., and I was able to hear some words from their staff on additional ways that we could support the mission. I left the Gryphon empowered and ready to not only to do more for the Washington D.C. community, but my community back home as well. 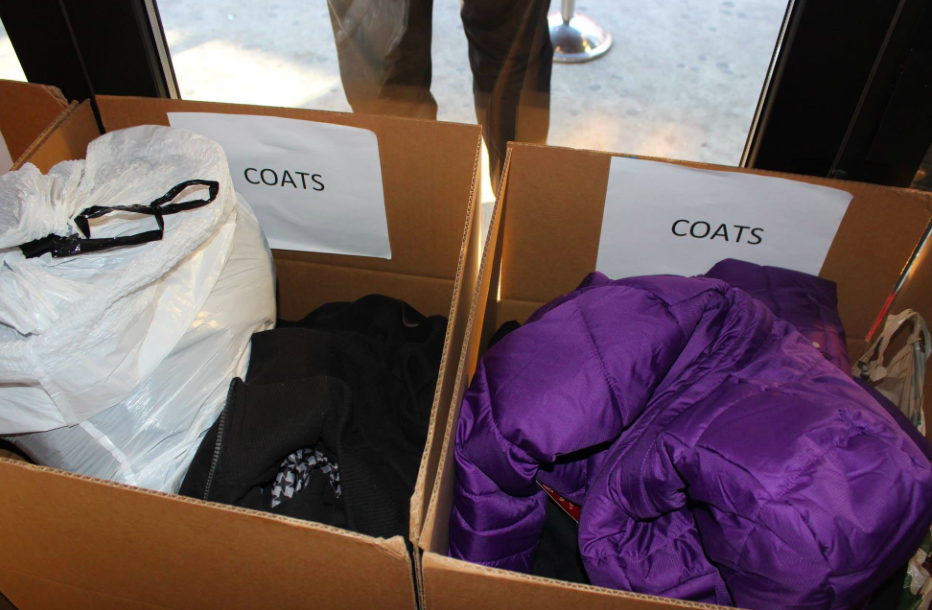 It may not seem like much, but I left DC fulfilled. I ate, explored and celebrated to my own merriment, and had the ultimate time indulging in a city that I once called home. And for that, in this season of “thanks,” I am grateful.

*This series is in partnership with Airbnb.

Kimberly is a NYC-based editor, writer and social media strategist. She also moonlights as the editor of Travel Noire. According to a new report, ultra-high-speed ground transportation between Vancouver, B.C., Seattle, and Portland would allow passengers to travel between each city in less than an hour. The Governor of Washington, Jay Inslee, says the study’s findings “provide even greater confidence that ultra-high-speed ground transportation in the Pacific Northwest is worth the investment.” The Washington […]