Since I work remotely, the boundaries between home and work-life easily become blurred. Between walking the dog during lunch breaks and negotiating deals from my kitchen-turned-office table, daily responsibilities become intertwined. Luckily, working for Travel Noire has given me the ability to work anywhere in the world with just a laptop and a proper internet connection. To take full advantage of my digital nomad lifestyle, I planned a brief trip away to reenergize and switch up my surroundings. I thought about driving to New York City and eating my way through Smorgasburg or catching the train to D.C. to visit some of my favorite museums. But I wanted to find a new city to fall in love with, and being from New Jersey, I could visit these cities any time. As I sat excitedly at my computer anticipating the trip, my fingertips drummed impatiently while I scoured the Internet for inspiration. Almost instantly, I stopped at Cynthia’s images of decadent french toast and then Tausha’s musical summer nights. “I am going to Montreal!,” I silently squealed to myself. 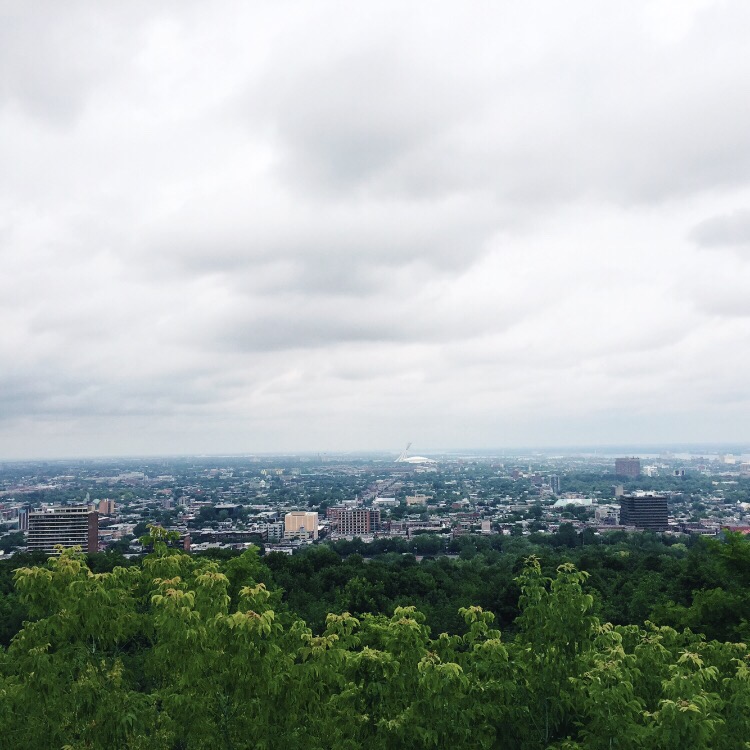 I searched for neighborhoods and HOMA (or Hochelaga-Maisonneuve) kept popping up. The former working class neighborhood, located in Montreal’s east end, was growing increasingly popular amongst millennials. HOMA, known for its residential architecture, was also a mere 15 minutes from downtown Montreal. Serendipitously, the first apartment I found on Airbnb was located there. After reading rave reviews and contacting my host, Dany, who informed me within minutes that the property was available, I booked. 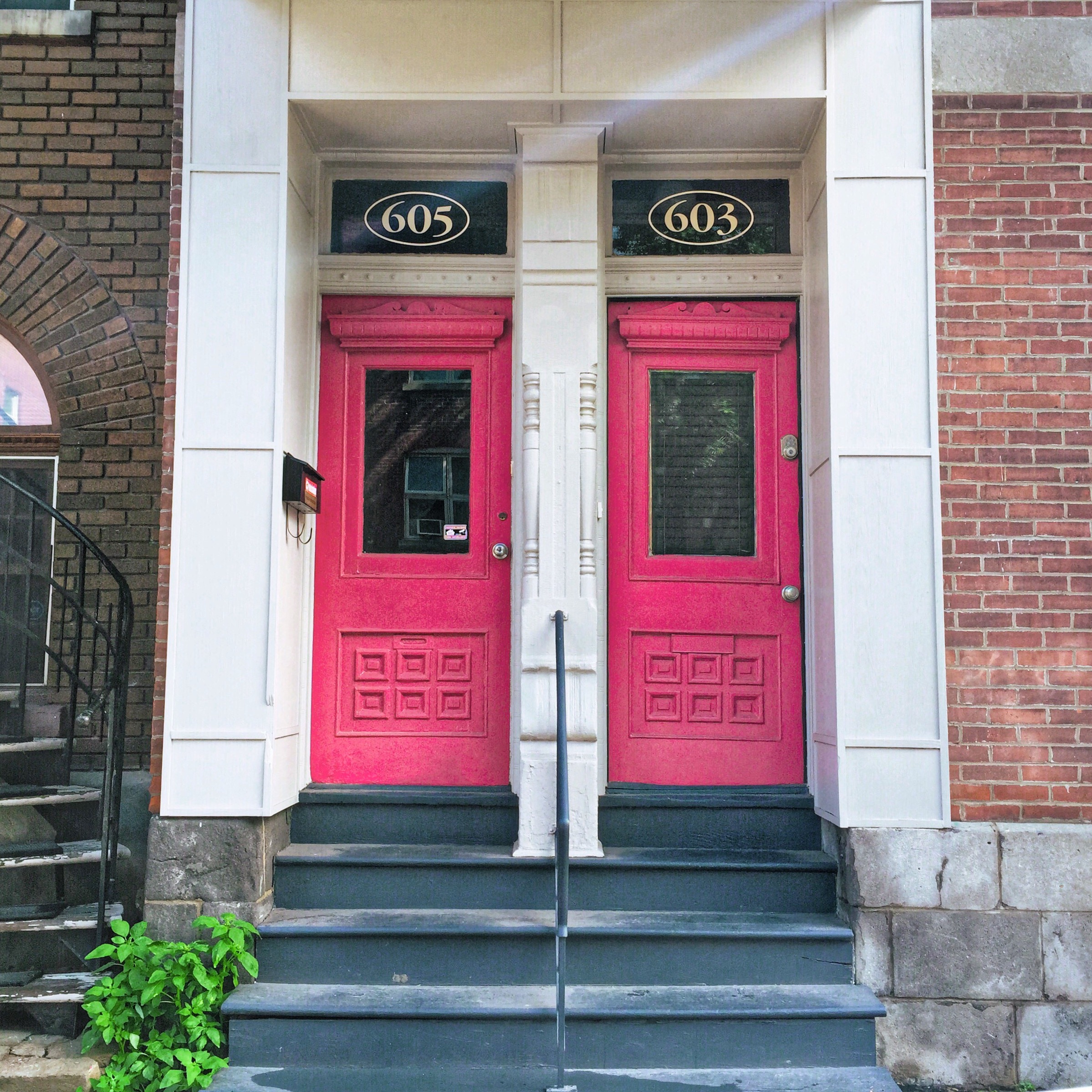 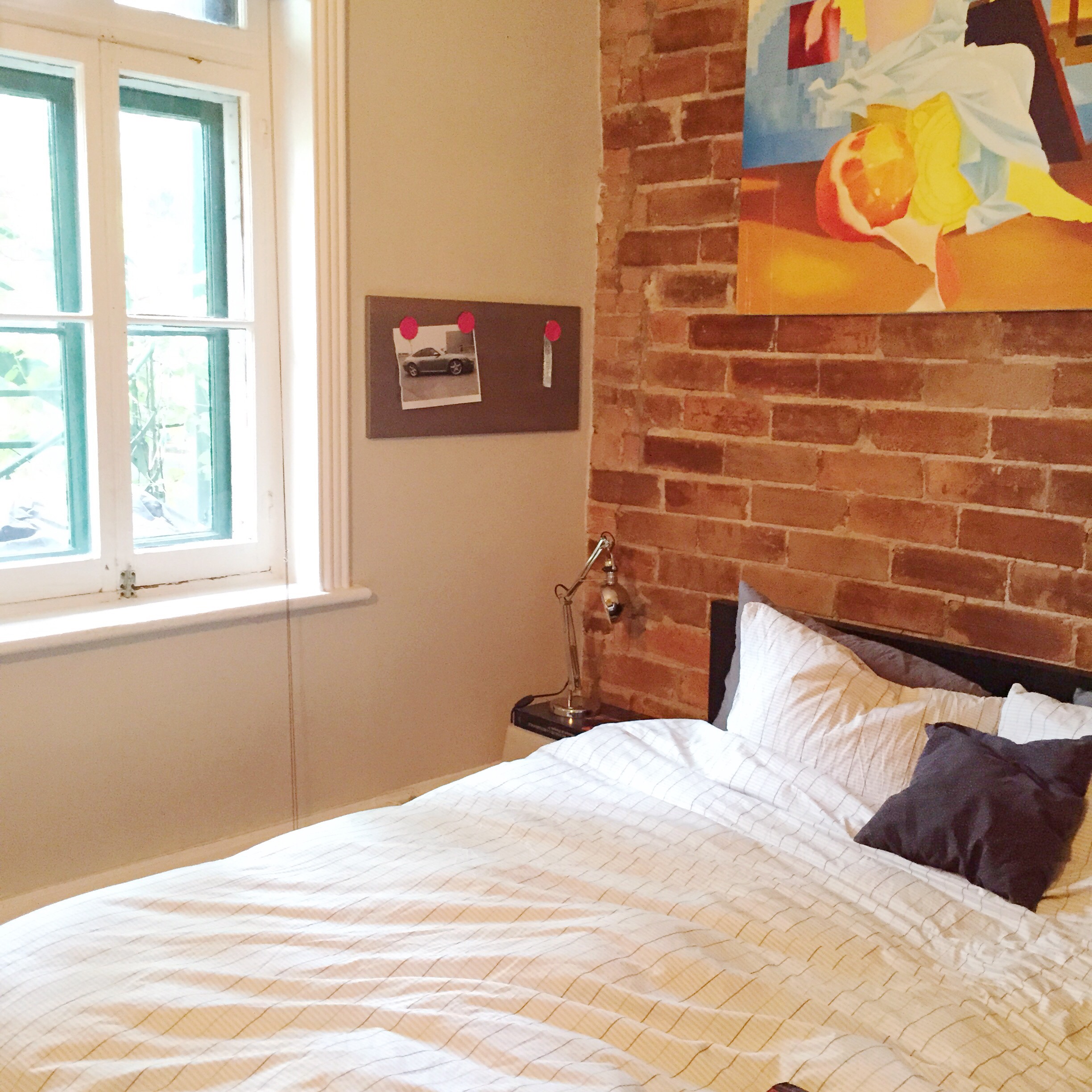 A few weeks later, I arrived at my new abode. As I opened the magenta colored door, my excitement increased. True to HOMA’s reputation, the spacious three bedroom apartment was an architectural wonder. The rooms were joined by beautiful crown molding and aged hardwood floors. A unique staircase led me downstairs to my large and airy room. Elements of brick were exposed throughout Dany’s spacious abode and eclectic art complimented the walls. “This will do,” I said, and I dropped my bags to begin exploring. Around the corner from the apartment, I stumbled upon Les Affames, my soon-to-be-regular breakfast spot. I was greeted by Jean (and Jacqueline later on) who welcomed me and asked, “Table pour une personne?” My kindergarten-level French kicked in and I confusingly answered, “yes, s’il vous plaît.” Within moments, I was seated.  Once my meal arrived, I quickly inhaled it without even catching a breath. Thankfully, I caught flavors of popular French spices, like rosemary, sage, and saffron. Over the next few days, I would grow to love the restaurant’s ambience and staff, striking up conversations with Jean and other patrons regularly and learning about popular spots, like Gerry’s Delicatessen and Bagatelle Bistro. 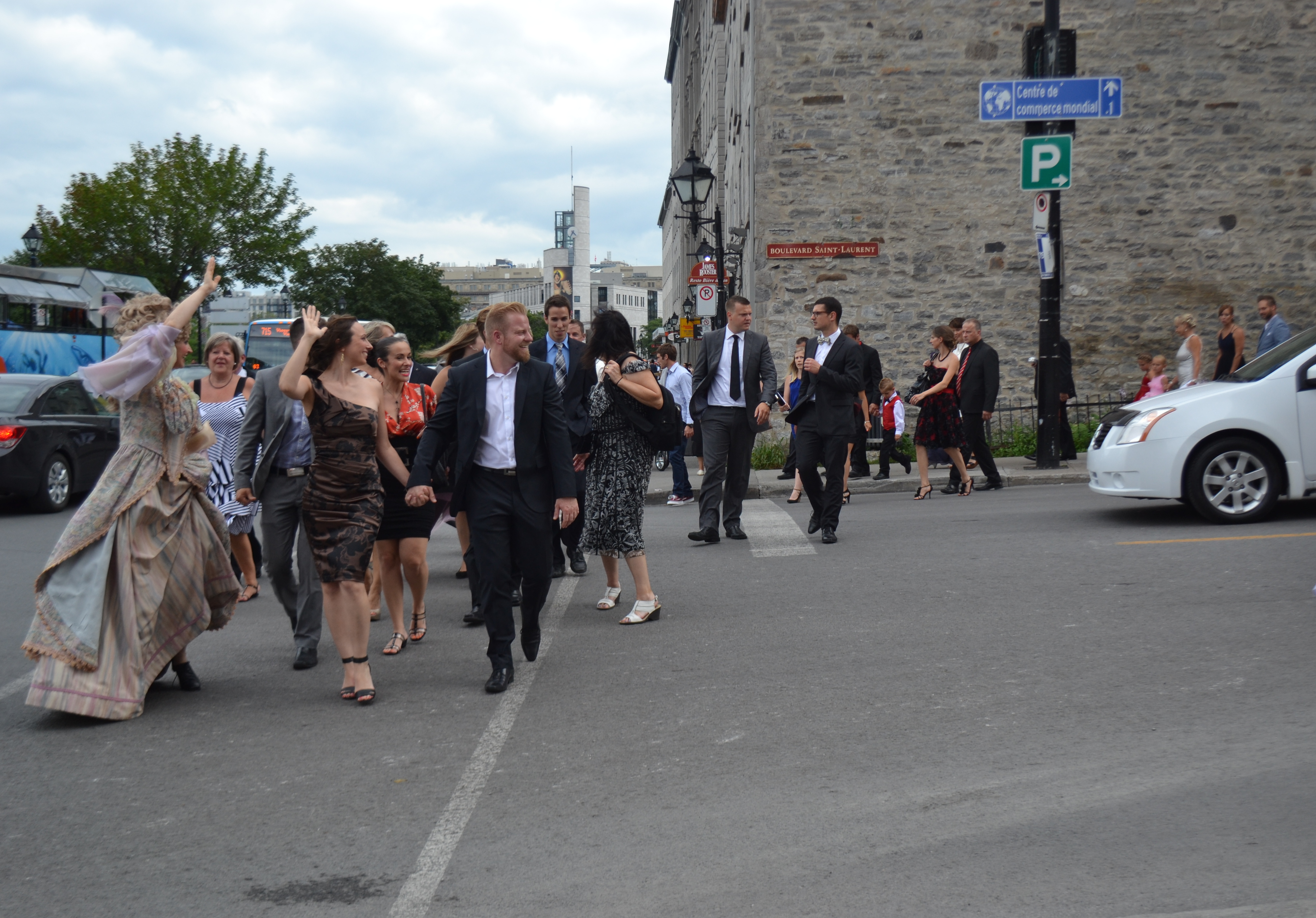 The next morning, I ventured to Old Montreal. Walking through the narrow alleyways and cobblestone paved roads reminded me of many of the European cities I had visited before. The bustling streets, which were lined with outdoor restaurants and souvenir shops, were filled with tourists. At one point, I witnessed a wedding party, complete with King Louie and Marie Antoinette. I considered joining their line, but because adding wedding crasher to my resume would decrease my exploration time, I moved on. 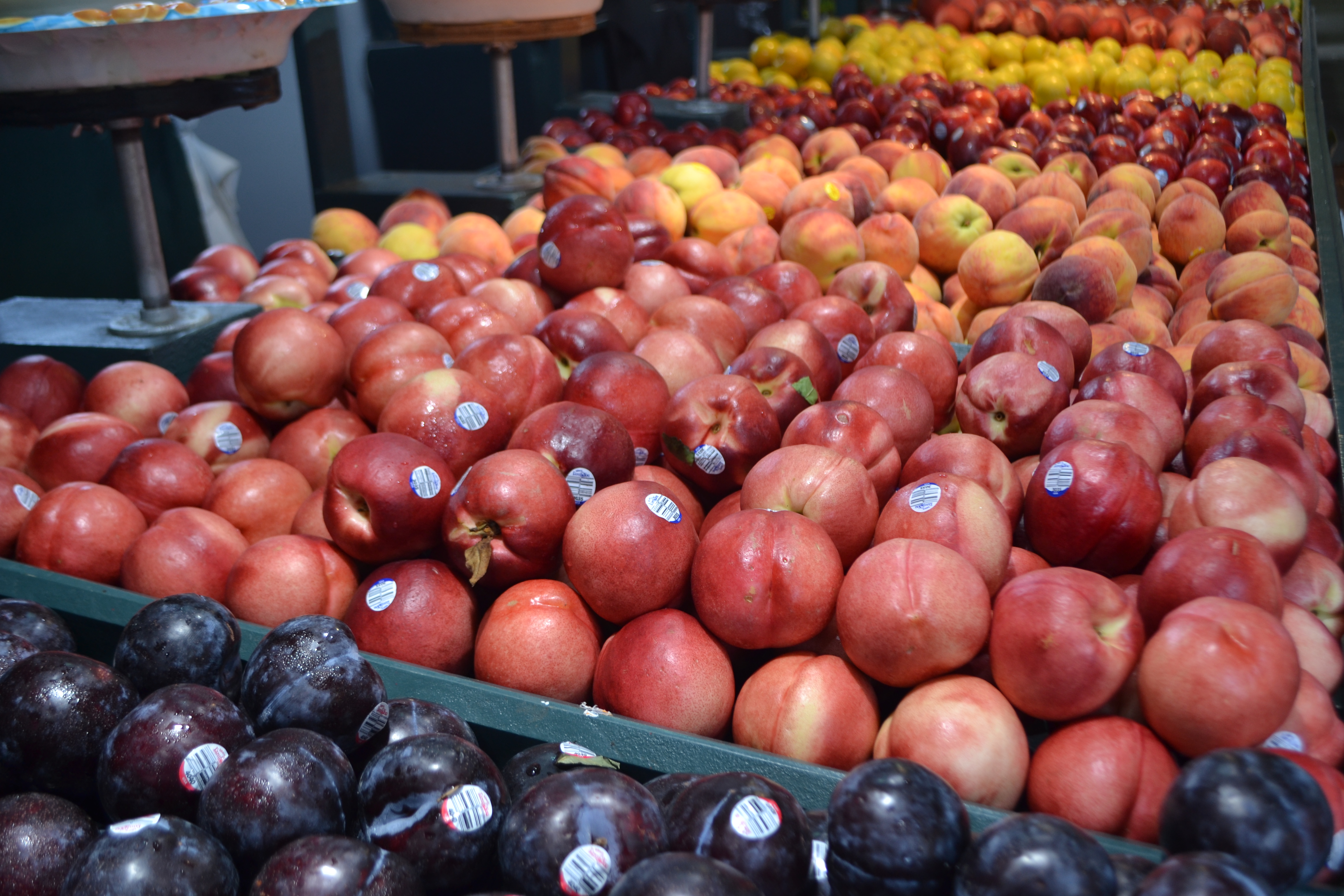 Over the next couple of days, I would grow to love the city’s parks. HOMA alone had two within walking distance and the rest of Montreal was no different. Along Rue Sainte-Catherine, I stopped by a beautifully antiquated church, dawned by an outdoor fountain. As I narrowed in on a mother, splashing water to tame her son’s wild curly hair, I caught glimpses of children playing and residents relaxing on park benches. I continued along to Chinatown and then Jean Talon Market, where I bit into one of the sweetest plums. Wiping any remnants  off my lip with my sleeve, I looked at my surroundings and thanked Cynthia for her recommendation. 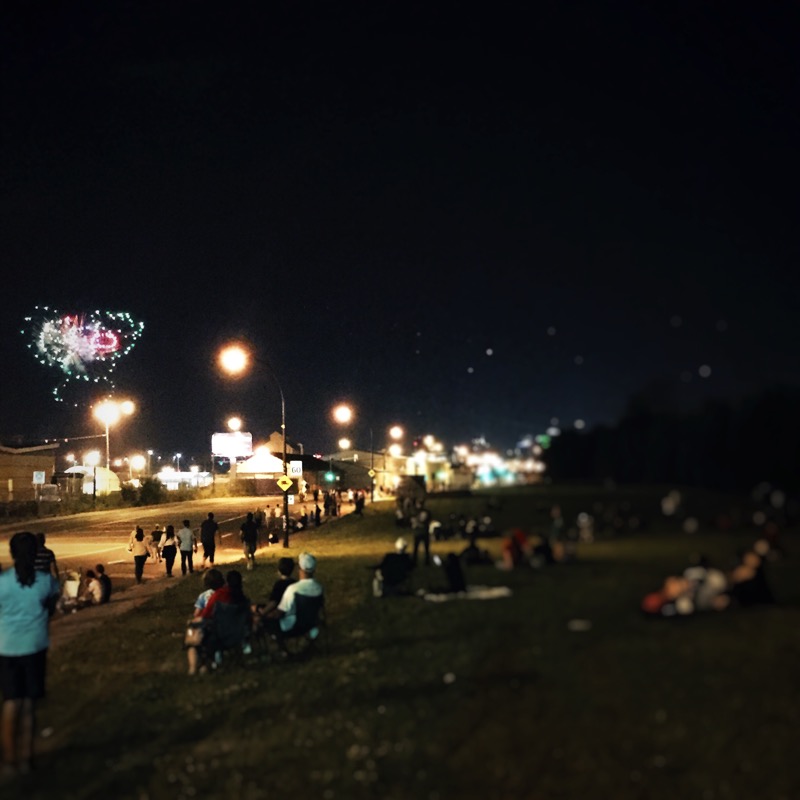 My final evening was spent following droves of families to one of the nearest parks. Neighborhood chatter revealed that Montreal’s International Firework Festival was taking place.  I waited for what seemed like an eternity as mosquitoes nipped at my bare legs. Then it happened. Fireflies danced ceremoniously in anticipation of the evening’s festivities. And in the same moment, the first firecracker lit up the night’s sky and resonated throughout the neighborhood. As I gazed at the flickering lights, I felt like the luckiest person to be able to work from anywhere in the world.

This is a series in partnership with Airbnb. 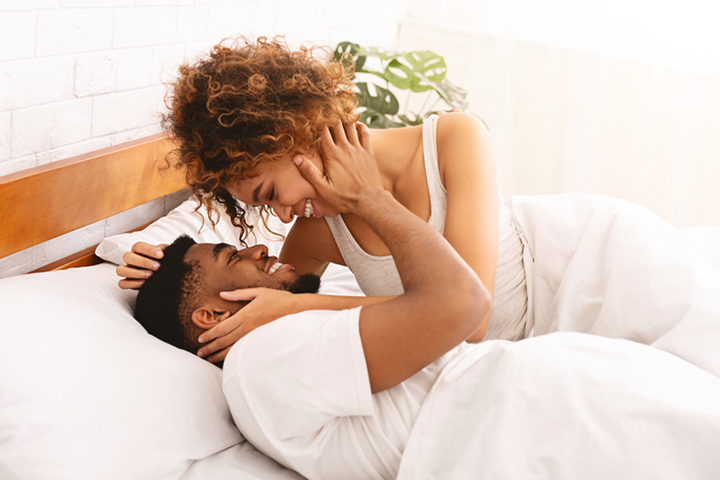