Named by NBC’s Today Show as “The Boy Changing the World,” Romanieo Golphin Jr. has been passionate about science since he was a toddler. You might have seen his appearances on NBC’s The Tonight Show Starring Jimmy Fallon, NBC’s Little Big Shots with Steve Harvey and Bill Nye the Science Guy, ABC’s Jimmy Kimmel Live, and CBS’s Inside Edition.

Now ten-years-old, Romanieo Jr. is a Global Science Ambassador for CERN and has received VIP and specialized access to five NASA sites.  He recently traveled to Chile on the 100th anniversary of the confirmation of Albert Einstein’s famed General Theory of Relativity, by Sir Arthur Eddington.  Romanieo Jr. wanted to replicate the measures taken by Eddington and his team using modern equipment.

While intense winds partially foiled the young scientist’s plans, the experience of traveling to Chile to witness the solar eclipse and take in the country’s breathtaking scenery provided inspiration to last a lifetime. Romanieo was happy to share some of the highlights from his trip as well as projects he’s currently working on with his father Romanieo Golphin Sr.

Romanieo Sr. had initially hoped to make their Chilean adventure a family excursion, but when they fell a few thousand dollars short of their funding goal, he decided to make it a father-son trip. The pair received partial sponsorship from Meade Instruments and iFLY Indoor Skydiving.

After landing in Santiago, Chile, and sight-seeing for a day, Romanieo Sr. and son rented a 4×4 and began heading north to the Atacama Desert, one of the best spots in the world for witnessing the total solar eclipse.

“The US has a lot to learn from Chile,” Romanieo Jr. quipped while gushing over the South American country’s natural beauty. “As we were driving we kept stopping to marvel at the morphing landscapes, from lush green mountains that resembled the Appalachian Mountains to deserts with cacti everywhere to gigantic windmill farms.”

Romanieo Sr. and son stopped in La Silla, which is home to some of the world’s largest telescopes and where the Chilean government was stationed to record the eclipse. When it became clear that the La Silla Observatory was attracting leading astronomers and cosmologists who wanted to capture the eclipse, the pair decided to head towards Vicuña to secure a peaceful viewing spot.

On the day of the eclipse, the duo left their Airbnb in Vicuña for the remote mountains of La Higuera. They chose a spot near the water’s edge and began to set up their equipment, encountering other scientists and a fan of Romanieo Jr who recognized him from a 2017 Jimmy Kimmel appearance.

With time running out and gusting winds preventing the pair from taking the accurate sky measurements needed to prove Einstein’s theory, they decided to ditch their fancy equipment and opened their eyes and souls, the original instruments used by ancient astronomers (along with appropriate eclipse viewing glasses, of course).

Romanieo described the event as a “true Blackhole” saying, “I thought I’d seen the sky before, but nothing compares to the Chilean sky.”

Romanieo Sr. added that “It felt like every religious text and everything that’s ever been spoken about the divine was present in that Chilean sky over the Pacific in the center of the path of totality. You’re thankful, you’re humbled, and you’re renewed.”

Romanieo Jr. hopes to return to Chile in October to take measurements of the sky ahead of the next eclipse on Christmas of this year, which he also plans to view from Chile. Until then, he’ll be studying gravity and terminal velocity at iFly’s indoor skydiving facilities. The physicist-in-training is a team member at the indoor skydiving gym and will soon have completed enough training to venture into the tunnel solo. Romanieo Jr. is also working on a project that involves studying the interior of the atom to present another viewpoint on energy.

Romanieo Sr. and Jr. are currently putting together a short educational film on gravity, space, and time to teach children Einstein’s General Theory of Relativity.  They’ve already filmed the gravity portion and will incorporate some of their Chile footage into the final videos. Check out their YouTube channel here.

Although the father-son team had to adjust their plans due to weather, Romanieo Sr. insists that, “We made the US proud, we made young scientists proud, we made major advancements, and when you couple that natural wisdom and our scientific approach – we’re on our way to doing something rather remarkable.” It’s hard to avoid the constant apocalyptic news of climate change and its effects on our environment and way of life. From threats to sacred Native American land to wildfires destroying entire neighborhoods, more places on earth are quickly becoming endangered. According to CNN, the World Monuments Fund added 25 culturally important sites to its […] 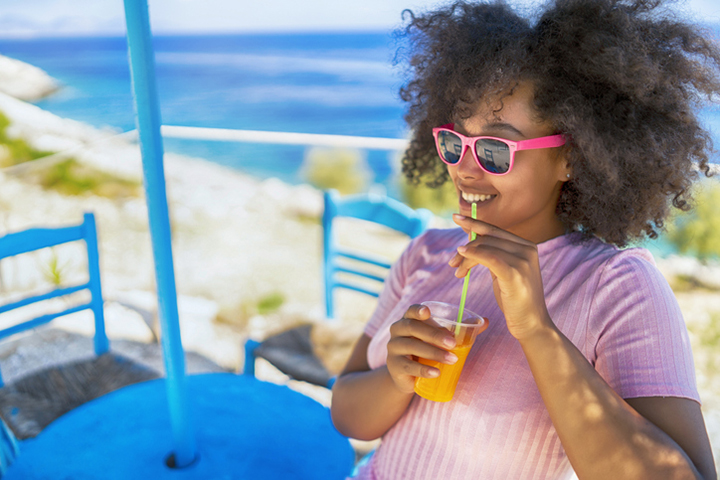