Germany is synonymous with sausages and beer, and with that, popular cities like Berlin, Munich and Frankfurt. What some of your may already know is that Germany has many more cities that offer up enough charm and culture to rival that of the larger cities. One that certainly comes to mind is Dussseldorf.

Sitting on the banks of the River Rhine, which flows from the Swiss Alps down to the North Sea, Dusseldorf is a cosmopolitan, modern city bustling with great activities to entertain even the fussiest of travelers. If shopping is your thing then Konigsallee’s mile long stretch of retail therapy will get you in the mood in no time. To chill out, you can spend the evening on the longest bar in the world. The old town’s cobbled alleyways with bars, pubs and watering holes now referred to as the longest bar in the world cater to every palette as you will not only find German beer, but Irish beer and those from many other parts of the world. Dusseldorf is also know as a pioneer in the world of art design and modern architecture. This is a city that is vibrant and bustling with culture. Below are pictures of the city sights and my top 10 reasons not to miss out on German’s hidden gem. 10 | Getaway time. You don’t have to waste too much of your valuable exploring time as Dusseldorf is only about an hour’s flight from London. Another plus is the easy access to other cities both within German and outside. Only 30km from Cologne, you can also catch a train to Paris which makes visiting to and from Paris an easy fit. The airport also has great transport links into the city meaning you can get on with sightseeing in little to no time.

09 |   River Rhine. One of Europe’s longest rivers, River Rhine is the center point to a lot of the night life in Dusseldorf. On sunny days, the promenade on the Rhine is filled with skaters, lovers picnicking, friends strolling, bars and cafes beautifully lit with mellow music easing in diners. Here you can also take the boat trip to visit the rejuvenated harbor in MedienHafen.

08 | Architecture. Strolling around MedienHafen you will catch a glimpse of the modern architecture. You can’t miss the famous Gehry buildings, impressive with their curving and slanting design and shimmering surfaces. You can enjoy the fresh breeze along the river whilst enjoying all that the rejuvenated marina has to offer, now an epicenter for modern architecture. Another can’t-miss structure is the Rhine tower. On a clear day, 5 euros allows you to view Dusseldorf’s skyline for miles from 240 meters above ground. The tower also doubles as a clock with an innovative use of dotted lights on its side to tell time. Also visible around the town are the many churches from the 17th century standing side by side with modern buildings.

07 | Transport Links. Sightseeing is made easy by way of cheap transportation around the city. Dusseldorf still runs tramlines connecting the city center and outer limits of the city. This allows you to wander to the northern part of Dusseldorf where you will set your eyes on Scholoss Benrath, one of the most famous Dusseldorf Palaces; an 18th century building with beautiful surroundings filled with romantic statues, parkland and lake.

06 | Food. You will not only find German food in abundance but you’ll stumble across Mexican, French, Argentinian, Morocan, English and many other international palettes. All at reasonably good prices. One of my favorite spots is the Kasbah, a Moroccan cafe. This cafe is beautifully decorated and serves up a hot chocolate so mean you might swallow your tongue with it. If you want something a little more filling, there are plenty of restaurants to choose from, including those offering 360 degree views of the habour area while you feast.

05 | Beer. German is well known for its Oktoberfest so it will come as no surprise that Dusseldorf has its own brew (it’s delightfully light like sparkling wine). Alstadt is where you will find most of the imported brews. In the old town’s narrow alleyways, Alstadt is lined with bars and restaurants that host brews from around the world. With more than 260 drinking dens you’ll have tons of choices.

04 | Entertainment. Having hosted the 2011 Eurovision contests, Dusseldorf has a bustling nightlife, from the Apollo building that promises to have you in stitches on a night filled with laughter to the Tonehalle Dome that harbors the best acoustics in the land. Or, take one of the few tours in Dusseldorf that reveals the cities’ love for all that is music. 03 | Shopping. If a trip away is not complete without some retail therapy then you are in luck! Königsallee or Ko as it is known to the locals is a mile long road that houses some of the world’s luxurious brands and many other boutiques. In between shopping you can also enjoy the scenery of the beautiful fountains by the water while sipping coffee or tea in the cafes sitting pretty on the boulevard.

02 |  Culture. With 26 museums and 100+ galleries, there are plenty of experiences to choose from! You can walk around the city and revel in its history and culture with each building you pass. If you still yearn for more, there is the Filmmusuem with an exhibition that showcases the art of filmmaking with an opportunity to get behind the lens yourself.

01 | People. Dusseldorf is truly a cosmopolitan city that hosts people from different walks of life. Whether travelling alone, with family, friends or partners, Dusseldorf has plenty to offer in entertainment and activities. What tops it all off is that people are always super friendly. Also, for anyone worried about the lingual, needn’t be, you will find French speakers, Spanish speakers in addition to the largest population of Japanese people anywhere in Europe. You will absolutely have an enjoyable stay in Dusseldorf. 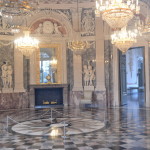